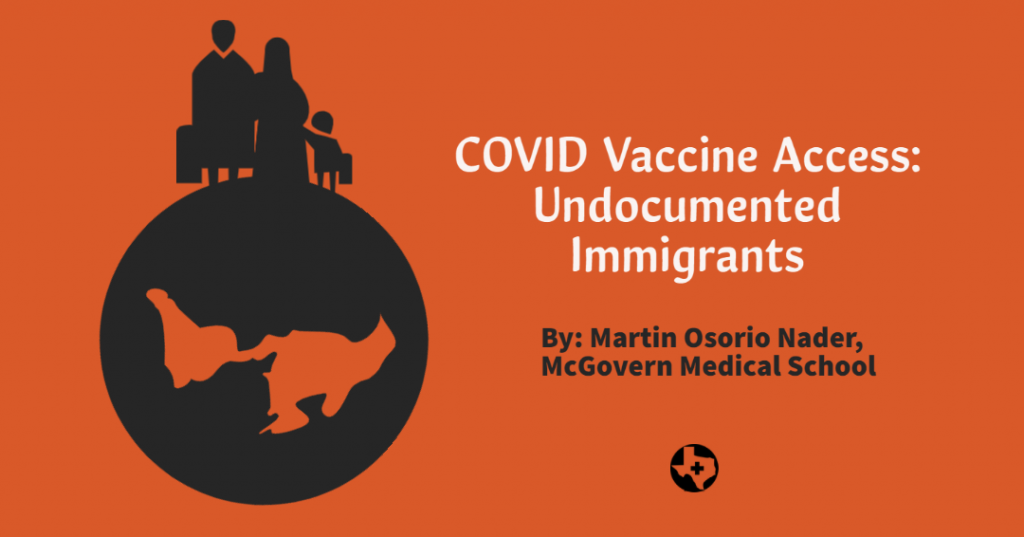 In a year that has challenged the United States at every step of the way, heroes have emerged to answer the call of our country’s needs during these trying times. From healthcare workers to emergency workers to farmers, and everything in between, remarkable humans have stepped up. Among those, America’s immigrants have gone above and beyond to play crucial roles in the fight against CoVID-19 and keeping our country running. In particular, undocumented immigrants have continued to take on tough jobs that have not only been key to our response to the virus but also to our country’s future recovery.

With about 7 million undocumented immigrants in our workforce, and approximately two-thirds of them functioning in jobs deemed essential, these heroes have put themselves and their families at risk in order to continue to help keep food on our tables and our country functioning properly and safely. They have kept warehouses going, picked crops, served as delivery workers, house cleaners, child care workers, and have worked in many different vital healthcare roles. Undocumented workers even make up close to 13% of the construction workforce which has been tasked in preparing schools and other buildings for COVID protocols and producing additional medical facilities to help our healthcare workers in the fight against the virus. In all these facets and beyond, undocumented workers have been there to keep our country going, while still living in communities that have been disproportionately affected by the virus. Now that there is an opportunity to finally get CoVID-19 under control thanks to the arrival of promising vaccinations, undocumented immigrants have not felt the relief many throughout the United States are currently feeling. This is due to fears of non-inclusion, general skepticism of our government, and growing alarm that signing up to receive a dose could lead to deportation for them and their loved ones.

This fear is not something new. Undocumented immigrants are living in areas that have suffered the most from the economic and health impacts of the virus. Despite this, those affected have hesitated to seek assistance or healthcare for the reasons stated above. This thought process has been hard to battle in times when patients continue to see family separations at the border and hateful rhetoric from people in positions of power. Beyond that, social media has become a breeding ground for conspiracy theories which only further amplifies the problem. It is crucial in the fight against CoVID-19 that health officials are able to educate and gain the trust of these communities in order to include a growing portion of the American population in vaccination planning.

With now over 11 million undocumented immigrants currently residing in the United States, the battle to create an appropriate level of immunity must include this population. Leaving this group unprotected could lead to thousands of more deaths and cases not only in communities with a large portion of undocumented immigrants but in all of the United States. We cannot achieve a successful level of herd immunity if such a large portion of our population is left without vaccination.

We must not forget their sacrifices for our country and their importance in our fight against CoVID-19 and our future success as a country. This virus does not discriminate and we must all join together, no matter our immigration status, in order to protect each other and move forward as a stronger nation. Undocumented immigrants must be able to receive the vaccination like other residents of the United States will without the fear of being separated from their families or losing their livelihoods. It is not only key to their health and safety but to the health and safety of the nation.